You are at: Homepage /  wine and grappa /  wineries /  de vescovi ulzbach 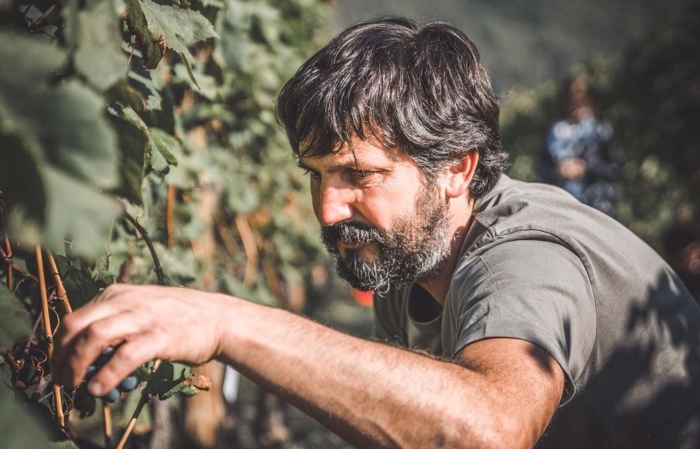 “Imagine our Teroldego wine on tables all around the world, putting a smile of pleasure on people’s faces; this is our mission and vision for the future” (Giulio de Vescovi)

The story that links the de Vescovi family to the Piana Rotaliana begins back in 1641 when, from the small town of Vermiglio, in Val di Sole, Vigilio de Vescovi came down to Mezzocorona following the Noce River, formerly known as the Ulzbach River. Once well settled there, his brothers followed, and one of them, Ludovico, became the progenitor of the current family line, which has been living there for almost 400 years. Since 1708, the de Vescovi family have dedicated themselves, heart and soul, to the cultivation of vineyards and production of Teroldego Rotaliano, the outstanding wine of this region. Then, in 2003, Giulio de Vescovi, strengthened by his blood bond to the land, decided to relaunch the family business by committing himself entirely to the production of Teroldego Rotaliano. A few years later, he went on to develop his own wine project in Val di Non, where he now produces white wines with unmistakable personality.