You are at: Homepage /  discover and explore /  the fascination of history /  the middle ages 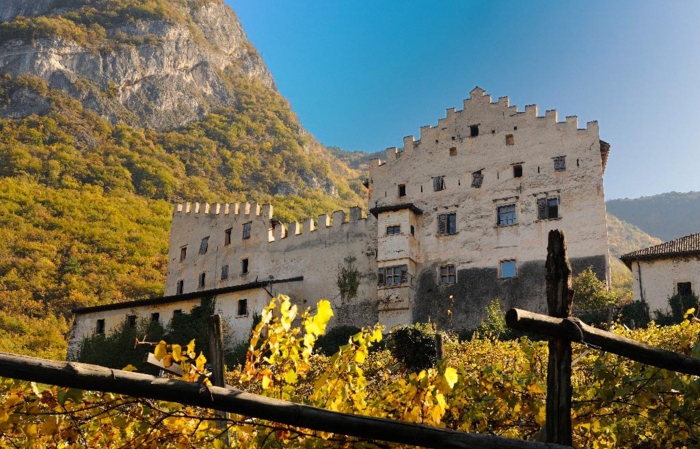 In the Middle Ages, the Piana Rotaliana region was ruled by successive foreign powers: first there was the Kingdom of the Goths, then the Longobards, who established a dukedom with its seat in Trento, then came numerous incursions by the Franks, including one in 577 “in campo Rotaliani”, which would seem to refer to the Piana Rotaliana. Following the collapse of the Frankish Empire, Trentino was annexed to Bavaria in 952, and so became part of the Germanic world. The year 1000 saw the creation of the Prince-Bishopric of Trento in this region, which was to last until 1803.

At the end of the thirteenth century, Count Mainhard II of Tyrol occupied many of the lands under the control of the prince-bishops, which led to the creation of the Tyrolean jurisdictions of  Mezzocorona and Königsberg-Montereale.  Mezzolombardo and its surrounding lands, however, remained linked to the city of Trento under the jurisdiction of the “internal court”: this political entity would endure for centuries and marked significant differences between the two centres.

With respect to their religious administration, the Rotaliana lands were covered by two parishes: Mezzocorona and Giovo (a settlement in the nearby Valle di Cembra, whose parish was responsible for the area up to Lavis). Only in these towns were the churches provided with a baptismal font, a tabernacle to reserve the Eucharist and a cemetery -  only small local chapels were to be found in the other villages and settlements.  Over time the lands were gradually split up and new parishes were formed until we arrive at the situation that we find today.

Traces of the Germanic colonisation that took place in the Late Middle Ages can still be seen in the farmhouses in the settlements of Faedo, Nave San Rocco, Pressano and Sorni, which are set well apart from each other. Further evidence of this colonisation can be seen in the many castles standing guard over the road running north to south, such as the San Gottardo castle near Mezzocorona, built on a horizontal break in the rock, and the Königsberg castle in Faedo.